The news came as a big shock for the fans of James Irvin who was evidently on a performance enhancing drug during the Tachi Palace Fights event in Leemore, California.

What is trenbolone – the drug found in James Irvin’s system during his fight in California?

According to the tests conducted, the traces of trenbolone have been found in the system of the MMA fighter while he was tested prior stepping into the ring.

Much to our understanding, the drug is an illegal substance, the consumption of which is regarded as the violation of UFC anti-doping policies.

It is sad to notice that this is not for the first time a professional MMA fighter has been convicted of using prohibited steroids.

Time and again, many names have emerged to seek performance enhancing drugs- despite undergoing meticulous anti-doping tests before and after the fights.

Interestingly, the mixed martial artist’s name has been drawn in a case similar to this in 2008 as well.

In a shocking turn of events, James was found positive for using illegal painkillers after his bout with the Brazilian MMA fighter Anderson Silva.

The drugs that led to his temporary suspension then were methadone and oxymorphone.

Methadone is a strong drug that belongs to the class of opioids.

It was originally meant to help those in high physical pain.

However, owing to its fast relieving effects in a human body, it is now treated as a drug for heroin- addicted people undergoing the signs of withdrawal.

On the other hand, oxymorphone is another highly active agent that holds the similar properties of Morphine.

Essentially, the semisynthetic narcotic analgesic can ease pain ranging from mild to extreme.

Hence, we can say that it also falls into the category of painkiller, something wrestlers, boxers and fighters need the most after their bouts.

But in spite of methadone and oxymorphone being highly useful, their consumption is considered an offense due to their illegal nature.

Now coming onto the anabolic steroid found in the samples of James Irvin that is trenbolone.

What is Trenbolone and what benefits do an anabolic steroid like this holds for an MMA fighter?

It is a strong drug possessing anabolic and androgenic powers all in one.

Trenbolone was essentially made for the cattle to promote their growth.

But since it has the potential to gain mass or say speed up muscle growth, the usage of Trenbolone was adopted by the sportsmen of different fields.

While the drug is not meant for humans and is extremely harmful for us, anyone involved in the trading or consumption of Trenbolone is considered and treated as a drug offender.

Common Side effects of Trenbolone

Why is Trenbolone banned?

The drug is a Schedule III controlled substance, as cataloged by DEA and in many countries including Australia, UK and New Zealand, the steroid is regarded as a Class C drug.

Besides this, the usage of Trenbolone is also barred by the Anti-Doping Agency.

As stated earlier, Trenbolone aids in muscle growth while it is highly favorable for sportsmen in need of extra doses of physical power and strength.

Because of this, Trenbolone perfects falls in the class of performance enhancers, desperately longed by the athlete group.

While keeping all the negative about Trenbolone and other steroids in mind, it is sad to note that people use these drugs to nurture their personal goals by and large.

What is James Irvin verdict?

Irvin who made his UFC debut in 2005 and competed in KSW and Strikeforce other than UFC was suspended by CSAC for his involvement in steroid use.

As of now, we hope he appeals for his verdict that is supposedly the right of every MMA fighter! 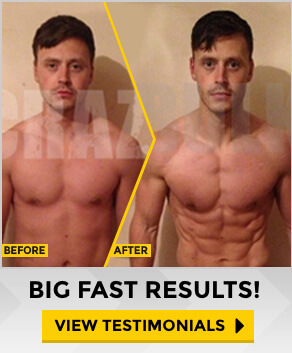 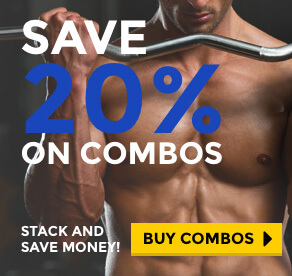